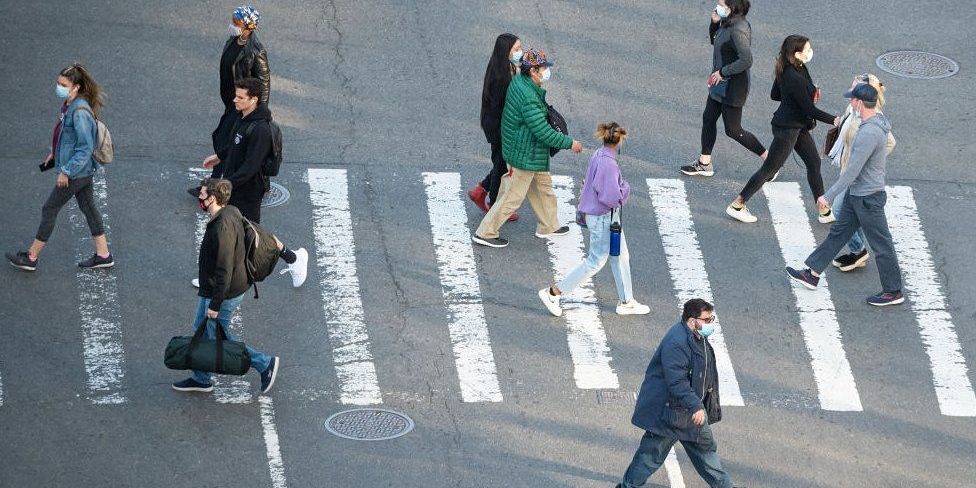 When a large enough portion of a community is immune to an infection, it can no longer spread, and even people who do not have immunity are protected indirectly.

Herd immunity is expected to be at least 65 percent -70 percent for Covid.

However, scientists in the United Kingdom are more wary.

Dr. Sarah Pitt, a virologist at the University of Brighton, advised “extreme caution” in claiming herd immunity, which she feels will be difficult to achieve even with high vaccination rates.

“We need to monitor whether the cases in Israel continue to fall and stay at low levels,” she said.

More than half of Israel’s population (5.3 million) has been vaccinated, and another 830,000 people have tested positive for the virus in the past, giving them some natural immunity.

This equates to around 68 percent of the population having antibodies capable of fighting the virus in their blood.

Prof Eyal Leshem, a director at Israel’s largest hospital, the Sheba Medical Center, said herd immunity was the “sole explanation” forthe fact that cases continued to decline even as more restrictions were lifted.

“Despite recovering to near normalcy,” he remarked, “there remains a continual decrease.”

“This tells us that even if a person is infected, the majority of people they meet on the street will not be infected by them.”

And, despite the fact that children under the age of 16 are not routinely vaccinated, cases are declining in all age categories, including children.

According to Google data, many countries were still under lockdown at the start of the month, with Israel and Chile being two notable exceptions.

Unlike in Chile, however, as Israel opens up and people move around more freely, cases have continued to fall.

How does herd immunity work?

Experts believe that if no restrictions are in place, someone infected with the original strain of the virus that causes Covid-19 will infect three to four other people on average.

If it’s three, then once two-thirds of the population is immune to the virus, an infected person will only pass it on to one other person on average. That is sufficient for the virus to spread but insufficient for it to grow.

You’ve removed two of those three people from the transmission chain.

On paper, it appears to be straightforward. In reality, however, things are a little more complicated.

Vaccines are not 100 percent effective, and even when they do prevent people from becoming ill, they do not completely prevent infections in everyone.

This means that some vaccinated people may still be able to spread the virus.

Not everyone who has had a previous Covid infection has developed strong or long-lasting natural immunity, and newer variants of the virus are more contagious.

This means that we may need to vaccinate a lot more people before we reach that magical number.

However, it is not all bad news. “I would argue that we should not look for ‘herd immunity’ as a sign that we can lift all public health measures and return to ‘normal,'” Dr Pitt said.

“Rather, we should be looking for consistently low Covid-19 infection levels.”